Pine Rivers is a great place 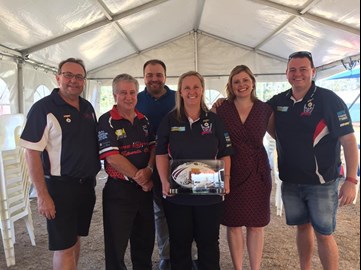 Domestic and Family Violence is a scourge on our community and one Nikki is a constant advocate on. Since being elected Nikki has secured a dedicated office in Strathpine to support victims of domestic violence and has seen the extension of the Partnership Response at Domestic Occurances (PRADO) locally. Funding from the Palaszczuk government has also resulted in specialised services and programs available at the Strathpine Court House.

Nikki is a fierce advocate against the coward punch and is honoured to be invited by the Steensen family to advocate with the Just let it go initiative. If you are going out for the night- you have a right to come home safely.

In conjunction with the local Rotary, Nikki has been honoured to emcee a series of Community Mental Health forums since she has been elected.